The L’Air Liquide French Joint-Stock Society establishes the first oxygen factory in Warsaw at ul. Leszno 138. At the same time, in the same year the “PERUN” Joint Stock Company is established in Saint Petersburg.

The L’Air Liquide French Joint-Stock Society joins the “PERUN” Joint Stock Company in the Russian state. The technical gas production plant is moved to ul. Grochowska in Warsaw, where an auxiliary welding workshop is also established. 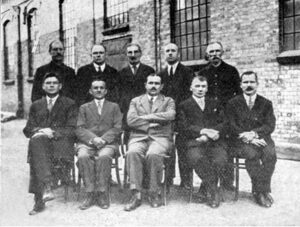 Perun factory staff in Warsaw in 1918

“PERUN” makes the entire first welded building structure in Poland, the PKO bank building in Warsaw. Making such a large completely welded structure for the construction industry (700 tonnes) has become an achievement on a European scale. 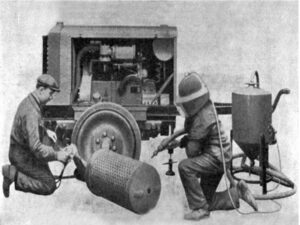 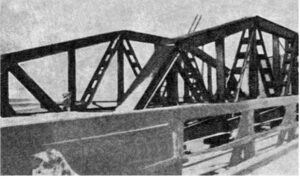 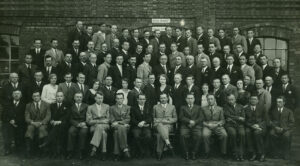 “PERUN” receives a gold medal for the whole production at the Exhibition of the Metal and Electrotechnical Industry in Warsaw.

President of the Republic of Poland prof. I. Mościcki at the Perun stand during the Exhibition of the Metal and Electrotechnical Industry – 1936.

During the occupation, the factory worked under the German supervision but the management was Polish. The activity of the factory, however, was severely limited and production reduced. Only technical gases and basic welding equipment were produced at the scale necessary for the operation of the factory.

The production was resumed under new political conditions. The company was nationalised and received a new name – Warsaw Factory of Technical Gases and Welding Equipment. 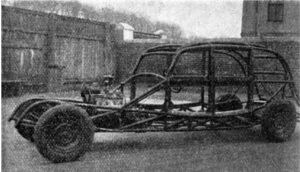 A frame car structure made of Perun
acetylene-welded pipes – 1935

The construction of the new Warsaw-Targówek Technical Gas Production Plant was completed, which was then separated from the factory as an independent enterprise. The factory was transformed into the “PERUN” Warsaw Factory of Welding Equipment.

The Enterprise Design Office is established. From that moment, projects of a new type of equipment and modernisation of the equipment produced so far are being developed on site.

“PERUN” establishes cooperation with the Welding Institute in Gliwice which results in the development of automatic cutters controlled magnetically and photoelectrically.

This decade is the further development of own structural and technological studies. Large cutters with CNC numerical control are created in cooperation with the Welding Institute in Gliwice.

Along with the change of the political and economic situation in the country, it became necessary to adapt quickly to the new conditions and requirements of the market economy. Monitoring customer needs and their growing quality requirements as well as increasing competition forced to respond quickly to changes occurring in this market. Thanks to internal changes and widening of the product range, the company met these requirements and kept the position of one of the main suppliers of welding equipment in the country.

The beginning of the privatisation process of “PERUN” Warsaw Factory of Welding Equipment.

Change of the ownership form into a joint-stock company.

Five years of activity as a private company – PERUN strengthens its position in the welding market; introduces new solutions, increases sale. The period of internal changes and adaptation to the new conditions of the company’s operation coincided with Poland’s preparations and accession to the European Union. Keeping the position of the largest Polish producer of welding and gas equipment by PERUN S.A. is even a greater success.

The transfer of white-collar workers from the Łosice Production Department from the old office building to the new office part in the production hall 1-88. 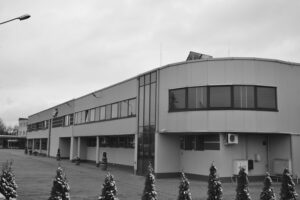 The beginning of the expansion of the sector of the sector which includes the modernization of production: 1-81 (Assembly), 1-75 and 1-39.

Purchase of the first multipurpose Goodway SW-32 longitudinal machine and BAUER VERTICUS I 180 compressor, which bypassed the test field in building 1-81. 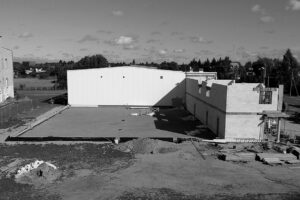 Launch of a new production situation

Purchase of new machines – including a Goodway SW-32II automatic lathe with an additional Y axis for machining details in the counter-spindle.

The company’s hard work in the field of the populus ecosystem of the photovoltaic installation, thanks to which the most ecological energy is currently obtained for mankind.

Start working in the Solid Edge software used to design a wide range of products – from the details side to the sale of assemblies with dozens of parts.

The year is extremely developmental for the PERUN company – an online store for individual customers is launched and a new production hall is opened, which has been equipped with new machines for the production of gas welding devices, including multi-purpose automatic machines.